20 minutes from Paris, the Vallée de Chevreuse nature park is considered one of the most beautiful nature reserves in the Paris region, often referred to as the “Green Lung of Paris”.

From Versailles, take a tour around the natural and historical heritage of this valley behind the wheel of James Dean’s Porsche 356, Brigitte Bardot’s Austin-Healey or Stirling Moss’ Jaguar MK2…

From the Château de la Madeleine, built in the 11th century, to the village of Montfort L’Amaury, strolling along the promenade of the small bridges in the heart of the picturesque village of Chevreuse, you will discover the history of France through the many points of interest on the circuit. Pass through the charming village of Montfort L’Amaury where you will enjoy a delicious lunch and a visit of its medieval remains. 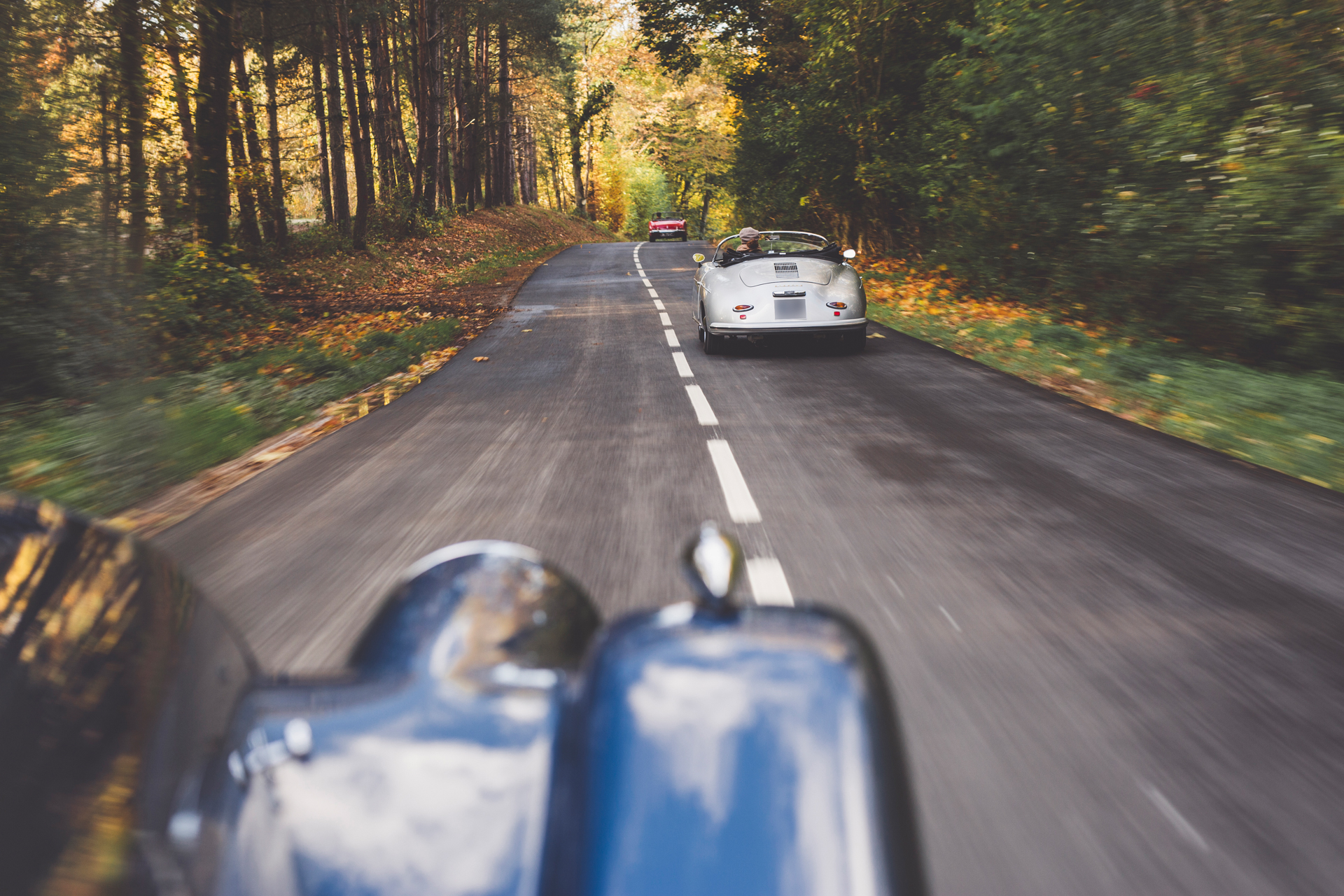 The Cartis GPS audio guide application is included in every car and will guide you along the winding roads of the Valley, through unspoiled forests and countryside and picturesque villages. You’ll enjoy the trip to the full by doing away with the road map and the traditional paper roadbook.

Back in Versailles, you can stay at the Waldorf Astoria Versailles Trianon Palace hotel, a Cartis partner, and enjoy a relaxing break at the hotel’s Guerlain Spa.

As the centerpiece of the trip, each Cartis car has been carefully selected by a network of classic car experts for its original condition, the history it conveys and the emotions it evokes. At the time of acquisition, each car undergoes a complete restoration, with craftsmen specialising in classic cars; they always favour repairing rather than replacing parts. The aim is to preserve the original patina, which is the soul and history of Cartis vehicles.